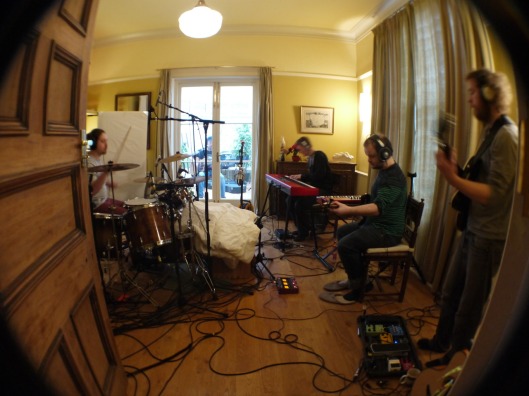 As is traditional we plan to celebrate the launch of our new album with a bunch of live shows and a lot of drunken dancing. But we’ve been wondering how best to mark the date itself. The record is officially released on Monday 3rd March. As we are all aware, Mondays aren’t the most ideal of gig days – a lot of people tend to have one eye on the clock as they wonder how painful Tuesday morning will be once they’ve dusted the last traces of hedonism from their hats and hips.
Also the buses don’t run as late.

So we pondered long and hard. Wondered about early evening acoustic shows (a bit tame), or another Bedlam social event (a bit easy), or an informal Q&A (a bit boring), or maybe even dinner somewhere (a bit… dinnery). Something that wouldn’t go on too late, wouldn’t cost loads, but could still have a certain exclusive (and yet inclusive) vibe.

So we hit on the idea of an open recording session. It seemed apt to launch a new album by starting to record the next one. We have a bunch of new songs no one has ever heard, we have a lot of recording equipment (thanks to WR Audio) and a certain predilection for eschewing the opaque.

So at 7pm on 3rd, 4th and 5th March we are going to hold open recording sessions at secret locations around Greater Manchester. We’ll record for approximately two hours each evening and there will be an opportunity for those present to contribute to backing vocals/percussion/noises once we’ve got the main body of work done. It should all be done by 9.30pm. Everyone in attendance will then be sent the songs once they’re mixed and mastered.
I hope it goes without saying that anyone who doesn’t need to get up too early the next day is also very welcome to stick around for a drink with us afterwards.

If you would like to attend one (or several) of these sessions please send me a message via the contact section with your preferred date. I’ll then send you the relevant address once we’ve finalised all the details. Places will be limited so do get in touch sooner rather than later to reserve a ticket. There will be a small fee to help cover any room hire costs.

As for the live launch parties, they will be held in London, Havant, Brighton, Liverpool and Manchester (see the Bedlam Six gig list for details).

Last year a few members of The Bedlam Six and I got together with Leeds band Hope & Social as part of the latter’s Crypt Covers series. The two bands arranged and recorded a version of Simon & Garfunkel’s “Keep The Customer Satisfied” over the course of ten coffee-fuelled hours.

We had such a good time that we resolved to get together and play the thing live at a brace of double-headline shows in our respective home towns of Manchester and Leeds (entitled “The Bedlam Social Club” – naturally!) in which the two bands will play a set of their own material and then come together at the end to play some covers suggested by the audience.

If you have any suggestions about what we should play together please write to me via the Contact Section of this website.

Details for the event Hope & Social are hosting at Brudenell Social Club in Leeds on Friday 3rd May can be found here: http://www.brudenellsocialclub.co.uk/Event/Details/889
Details for the event we are hosting at The Deaf Institute in Manchester on Saturday 4th May can be found here: http://www.heymanchester.com/bedlam-six-hope-social 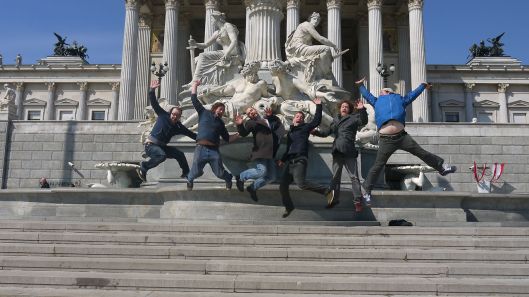 The Bedlam Six and I have returned from our latest tour. Despite the close quarters and punishing schedule we did not murder one another. Not even once.

There is a day by day journal of the European leg of the tour over in the Diary Section of this website if anyone is interested.

Many thanks to Burning Eagle Booking for creating another wonderful adventure for us. We’re looking forward to the next one! 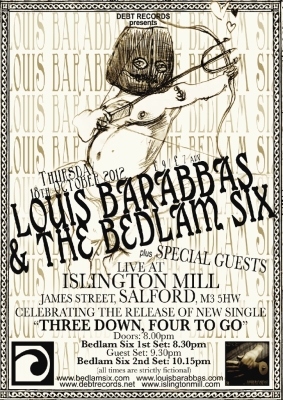 There are two launch parties for our new single “Three Down, Four To Go”

The first is at Islington Mill in Salford on 18th October. Tickets can be booked here (includes download of the single)

The second is at The Picket in Liverpool (in association with Threshold Festival) on 20th October. Tickets can be booked here
“Three Down, Four To Go” will be on general release through Debt Records on Monday 22nd October.

I do not idealise the innocence of youth or view children as society’s one true hope. The way I see it, an absence of corruption only emphasises the tragic inevitability of corruption itself. Our timeless frailties – past and future – know no tense.

The Bedlam Six will be playing a free show at 6.30pm in BBC Television Centre (London, UK) on Wednesday 20th June. Attendance is by invitation only (all you need to do is ask me though).

Send me a message through the contact section to get a guest security pass for the event. Places are limited.

Louis and the Bedlam Six are now on tour.
The full, regularly updated itinerary (with relevant venue links) can be found in the “Gigs” section of the Bedlam Six website. Louis will be posting daily blogs on the band’s Tumblr site.
The tour includes shows in England, Scotland, Switzerland, Austria and Germany.
Continental dates will feature special guest Kirsty Almeida. 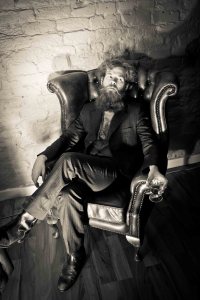 Louis will be celebrating his birthday this year by presenting an open recording session in the theatre space above The Black Lion pub in Salford on 21st January.
The evening will feature acoustic sets by Richard Barry and Bridie Jackson as well as Louis himself.
The record will then be out later in the year.
Tickets are priced at £5

Next year’s European tour dates are now being confirmed (once again The Bedlam Six are working with the fantastic Dennis Adler from Burning Eagle Bookings). The tour is to promote upcoming 12” LP “Rum Deal” and will cover Germany, Austria, Switzerland, Netherlands (tbc), UK and Ireland. 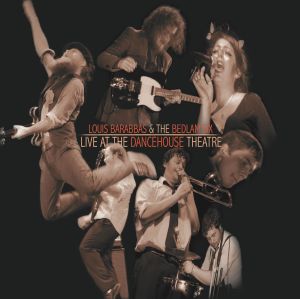 The new album by Louis Barabbas & The Bedlam Six “Live At The Dancehouse Theatre” is on general release from Monday 8th August.
The launch party will be held at The Ruby Lounge in Manchester on Saturday 6th August.
As well as two sets from Louis and the Bedlam Six the night will feature collaborations with friends Liz Green and Kirsty Almeida, plus support from label mate Richard Barry.